You are here: Home / Board games / Angry Birds: Knock On Wood Game

Angry Birds is a game that your kids are probably already familiar with if they have access to an iPhone, iPad or Android device. Many parents are also fans of Angry Birds and it became a bestselling app on all devices when it was first released but in case you have never heard of it, Angry Birds is a mobile game app where you sling different types of birds at constructions that house pigs in the hopes of knocking down the construction and defeating the pigs.

It might not sound like much but this game is incredibly addictive, so much so that they brought out a board game, Angry Birds Knock on Wood!

Just like the best selling app, Angry Birds Knock on Wood board game allows players to fling birds at pigs!. The difference is this is a full hands on game, you create the structures that house the pigs and control the slingshot that launches the birds at the pigs. A great game that helps kids learn lots of skills and encourages imaginative play. 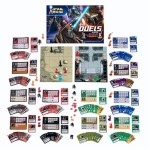 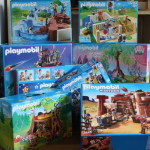