Let’s face it; there will always be an elite group of toys that stand the test of time… toys that are popular with more than one generation of children. Two such examples are LEGOs and Playmobil.

Dutch-based LEGO began making the now-famous bricks in 1949. What was once a small toy company has grown into a huge conglomeration of play sets, competitions, games, movies and six theme parks. Believe it or not, as of 2008, roughly 400 billion LEGO parts made it onto the production line.

Playmobil is a German company that started selling a very small line of toys in 1974. Sales were slow at first. However, by the end of the same year sales increased dramatically (thanks to the International Toy Fair in Nuremberg). By 1975, the company started selling world-wide and the rest is history!

Since both of these brands have been around for more than 3 decades, it’s quite obvious that they’re more popular than ever and here to stay. One of the main reasons for this continued success is the fact that both companies have learned to adapt to new trends throughout the years.

Even if you don’t have kids, Playmobil and LEGO products are great garage sale finds. They can easily be resold on websites such as Craigslist and eBay. The most difficult part of the entire process will probably be deciding if you want to sell the play sets “as is” or separate them and sell them as individual parts and pieces.

If you are truly interested in making money selling garage sale merchandise, never leave these toys behind. They are always a guaranteed sale.

If you don’t remember anything else from this post, keep this in mind. Many people have made a very good profit selling “gently used” Playmobil and LEGO products. You don’t want to miss out on a wonderful opportunity.

The same thing holds true if you have children. All of the toys can easily be passed down from one sibling to the next. When you get to the end of the line, you have two options. You can either put them away for your grandchildren or sell them. It’s a win-win situation, all the way around!

Another great thing about LEGO toys is the fact that many adults have fun with them as well. That means that you have even more people to sell these great garage sale finds to. What are you waiting for? It’s time to go bargain shopping! 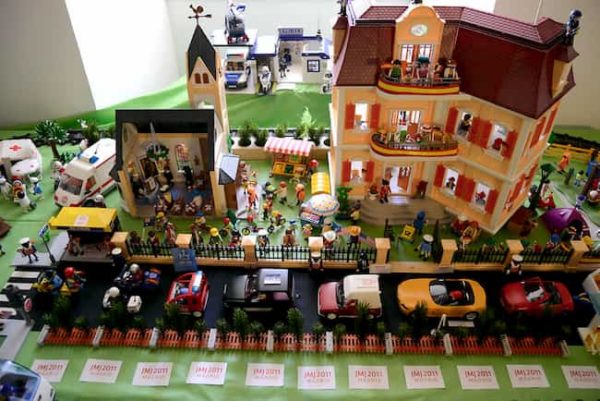