You are here: Home / Board games / Ravensburger Labyrinth Game Is Fun For The Whole Family

This is the game we have: Ravensburger Labyrinth classic

My Best Board Game Buy This Year: Ravensburger Labyrinth

Ravensburger Labyrinth is a classic game that has been a popular title with many families since the mid 80’s, especially in Europe, but despite this, my family and I only became familiar with it much more recently after a chance purchase at a garage sale. I initially bought it because my son loves labyrinths, ghosts and treasures so I thought it could be fun, but I was not prepared for how big a hit it would be with the family.

So how does the Labyrinth board game actually work?

You may have come into this review with preconceptions about what a difficult and complicated game Labyrinth is so let’s clear up the rules and objectives before looking at the advantages and disadvantages of playing it. The first part is pretty easy; each player has a colored character and is dealt treasure cards depicting the items they have to retrieve. Getting to these objects is the tricky part because players have to shift tiles to reconstruct the maze and create a route, which then changes the entire board for everyone, and they do not know what their next aim will be until they have finished their current objective. By using logic and strategy, players can outsmart and hinder their opponents and learn the best ways of negotiating the labyrinth to win.

Quick “How to play” video

Why is this Ravensburger Labyrinth game such a great, alternative choice for a board game?

The rules and methods mentioned above can make the game seem a little complicated to a first time player but do not worry because it does not take long to get the hang of the requirements and pieces. The biggest challenge with this game is undoubtedly developing the skills to deal with logical strategies and the ever-changing board; however, the treasure hunting objectives make the gameplay great fun at the same time. The labyrinth is filled with ghosts and treasures and all sorts of other fantastical things that kids like and it manages to balance the fun of child’s board game with something more educational – a trait that I seen throughout Ravensburger board games and the reason why our family owns so many of their titles.

The design of the board’s colorful tiles and cards may be very simplistic, once you get past the rules of the game and get involved in a quest that is, but this nature just adds to the appeal for players of all ages and has opened the game up to adaptations such as the 25th anniversary edition. If your child gets to grips with the gameplay and really starts to enjoy the style and potential, it may be worth purchasing one of these alternative titles so they can apply their new skills and logical thinking to scenarios involving Disney Princesses, Star Wars, Lord of the Rings or other beloved characters. There is even a version in 3D for younger players.

Can the whole family play this game or is is too complicated and difficult for smaller children?

The gameplay and the fact that you have to consider how changes to the board will affect other players are simultaneously positive and negative points because while it adds a clever new dimension, it can be too confusing for younger children. Personally, I think the game is great tool for teaching kids about logic and strategy but I admit that my six year old son has problems with it and we do have to help him and customize the rules a little to accommodate him. Examples of this include shortening the game with less cards, adapting the layout of the maze pieces so there is a clearer route or letting him play the cards he chooses rather than being forced to aim for a specific piece of treasure.

Is Ravensburger Labyrinth the right board game for your family?

Personally, I feel that this is a must-have game for families because the combination of strategy, fun scenarios and simple objectives mean it could easily be as big a hit with the kids as it is with the adults. There is a chance that it may get too complicated for the very young but there are ways around this and alternative versions to buy that can help ensure that this classic board game will be played for years to come. 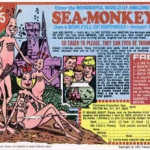