kerplunk game photo by: patrickhashley under CC BY 2.0

KerPlunk is an intriguing children’s game that many people reading this will have played when they were younger or maybe even as adults with their own children. The game was actually first released in 1967 by the Ideal Toy Company. It featured a plastic see-through tube, plastic straws or rods (that are numbered from 26 to 30 and in a variety of colors), and around 32 marbles.

At the base of the tube there are 4 separate trays in different colors and the straws pass through to make a web, the marbles are then put on the top of the tube and held suspended on the web. The premise is that the tube is rotated so that the hole in the tube aligns with the player who is taking a turn’s tray. The idea is that everyone playing removes a straw from the tube while trying to ensure that as few marbles fall to the bottom as possible. The winning player is the one with the least marbles in their tray at the end of the game.

Interestingly the name KerPlunk is onomatopoeic and based on the sound made by the marbles when a straw is removed and they fall to the bottom. The attraction of the game is much like that of games like Operation! and Jenga. In order to actually win the game, it helps if you have steady hands, strong nerves and also the ability to think at least 2 moves ahead.
You can buy an original complete 1967 Kerplunk game in nice condition for under 50$ on eBay, or you can buy a cheap flimsy modern China-made Kerplunk game for under 20$ (not worth the money in my humble opinion). See all the bad reviews here: Kerplunk reviews on Amazon 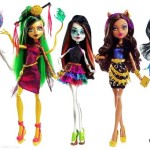